“We didn’t have to think about anything anymore”

During our search for a new car we ended up at Shift Up. Shift Up had a nice 2016 MINI Clubman S for sale.

We were very interested in the MINI due the many photos in the advertisement, so we sent a message asking if we could make a test drive. Constantijn said that the following Monday there were already two appointments for this car in his agenda. There was very little chance that he would still be available after these appointments. Constantijn directly offered us to take a test drive in a comparable MINI Clubman S to get acquainted with this type of car. We’ve driven Citroen for years, so MINI was new to us. Me and my wife were very enthusiastic about the MINI Clubman model and the way things were going at Shift Up.

“With beige leather interior and many options”

Constantijn offered us to leave a MINI Request with him. We told our wishes to him and he would then make us 1 to 3 proposals of different MINI Clubman S models. A dark blue exterior color was very important to us. We’ve been driving dark blue cars for years, so the next one had to be a dark blue one too.

When we did have a choice, we directly preferred a panoramic roof and a light interior instead of the black interior that was in the MINI to which we initially responded. Within two weeks Constantijn found us two possible new cars. We chose one of these MINI’s. A dark blue MINI Clubman S with beige leather interior and many options, wonderful to see!

“We didn’t have to think about anything anymore“

Constantijn made us a trade-in proposal and we quickly had a deal. The guys from Shift Up then took care of the transport from Germany to the Netherlands, the inspection at the RDW and everything involved getting the car on a Dutch plates. After that, the car received a technical inspection and got the required maintenance at Van Poelgeest in Amstelveen. Then they let the car to be cleaned and polished properly. We didn’t have to think about anything anymore, we really liked the service and especially communication during the entire process. Shift Up is available 7 days a week, both by telephone and Whatsapp.

It took about two weeks from the moment we agreed to Constantijn’s proposal and the moment of delivery of our new MINI. They delivered our new MINI at our home in Enschede, completely free of charge, while the company is located in Amstelveen. We are still very satisfied with our new car and will definitely buy our new MINI or maybe a BMW at Shift Up again!

“I can recommend anyone which is looking for a nice young used BMW or MINI Shift Up!” 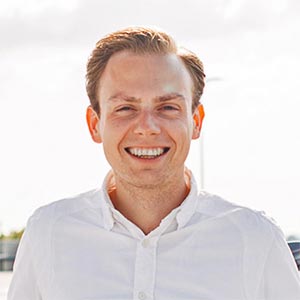 Or visit us in Amstelveen